I decided to take some time off today.  No all day, I worked for about an hour and a half, took a short nap and just been vegetating the rest of the day.  Oh, I forgot I had to take the dog to the vet this afternoon too. 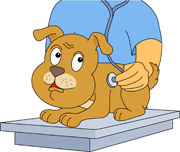 During my lucid moments, I’m wondering why people sign up for programs like PMS and Big Dogs and then don’t do anything with them.  The only solid reason I can come up with is fear.  Fear of the unknown, fear of failing again, fear of it taking too much time, fear of not knowing what to do.

I get it, I had each of those fears myself when I started PMS and especially Big Dogs.  My dad hit the nail on the head when he told me I was insecure.  He was right, as usual, I am insecure, I am afraid of meeting new people, or taking on a new project not knowing if I could finish it.

Then I met my wife, and something happened and I suddenly felt like I could do anything I wanted with the proper support and help.  So I did the unthinkable.  I worked for a major over the road truck manufacture for 13 years and they went out of business.  Here I am a 22-year-old kid with a baby on the way and no job.  So, I did what any idiot would do and started working with a friend that had a chemical brokerage company.  He said he would teach me what to do and about pesticides, but I would work for myself making money on commissions on the products he found that I sold and paying him commissions on my products that he sold.

I told my wife and I thought she was going to lose her mind at first.  How could I make money like that?  She and I were brought up with the mentality you get a job with a good company and worked there for 40 years and retired and hoped you had enough savings to live the rest of your life.  What happened is somewhere along the way I read a book and the guy that wrote the book said the way to get rich is to work for yourself, not for someone else.

To make a long story short.  I went to work with my friend and read every book on running a company I could find and set up my office in the basement and started and in the first 6 months, I failed big time.  In a pesticide brokerage business, your major expense is a phone bill and advertising.  I had phone bills of $300 a month and advertising costs of a few hundred a month and wasn’t making a dime.  Then one day I found a pesticide I didn’t know what to do with or who would want it I talked to my friend and he said he knew some people that might be interested and told me the type of manufacture to look for that had this one type of problem (finding a niche).

I did that and between what he sold, and I sold we had a banner 6 months.  I caught up all my old bills and still had enough to take my wife and new son on a trip to Florida for 2 weeks.

What that taught me was I could do anything I wanted if I tried hard enough.  Well, I fell in love with computers when they first came out and taught myself everything I could about them and another friend said he was working for a company that had an opening and it involved computers and travel. I thought that sounded good, it paid well and had a retirement plan.  And I was getting closer to retirement age and decided to quit working for myself and work for the man again.  Well, I worked hard 60 to 70 hours a weeks’ worth.  I did that until I turned 60 and had enough saved and decided to quit before I hit retirement age.  And haven’t regretted it since.

What all this boils down to is you can do either PMS or Big Dogs both take a modest investment to start and believe me you CAN make money with either of them if you truly want to an give it a try.  Just as I had my friend teach me about pesticides’ I can help you.  No, I am not an internet guru, but I have made enough mistakes along the way I can help you avoid some of them.

Join PMS today, pay the $12 take the training and you could make money by the end of the first week. Or, join Big Dogs for $7 get the ebook, read it and within 2 years you can retire with a very substantial income for the rest of your life.  I am dead serious about this.  I expect to be making 6 figures or better in about a year or less I would love to help you go with me at the same time.

If you believe it, you can achieve it, with a little help along the way.

I have been helping people find the best ways to work at home since 2007. I work only with established companies that have been around for a while. Companies that have a track record of paying commissions on time and are good for support when necessary. I am always for support whenever there is a problem.
View all posts by admin →
This entry was posted in Business, work from home and tagged affiliate marketing, earn money on line, list building, Work at home, work from home. Bookmark the permalink.

This site uses Akismet to reduce spam. Learn how your comment data is processed.